Recently, I listened to renowned Christian apologists try to answer the question, Why does a good God allow evil in the world? I was somewhat disappointed by the weak responses. To some, it seems like an ironic situation. People think:  A good God either is not in control or He isn't good if He allows evil. The approach to the question is one-dimensional and reflects a very limited view of God and His plan.

We are where we are—all the good and bad in the world—by a very long progression of events which have brought us here. It’s important to study people and events in the context of historical progression, to assess the framework they were working in at that point in time, the information, experiences, and wisdom they had available at the time. It would be unfair and misguided to ignore progression when reflecting on history. Without understanding progression, we misjudge people and history; we can miss seeing God’s plan working and miss important lessons for our own lives.

As an example, let’s start at the beginning, using a biblical framework. When we look at the Fall of Man, Adam’s sin, and all the grief it brought for us all, naturally we want to groan over Adam’s stupid decision and his betrayal of his special, personal relationship with God, as the first person to walk and talk with God in the cool of the day. What was he thinking?!

But, stop and back-up a few steps. Adam’s only experience at that point was with a God of truth, love, and righteousness. Adam had no previous experience with lying. He hadn’t yet learned about deception and evil. Adam was in a state of innocence, a lack of knowledge of bad things and a lack of guile; he was gullible. Additionally, he hadn’t yet eaten of the Tree of the Knowledge of Good and Evil, so he lacked that, too, until his eyes were opened as a result of his sin. Adam was uniquely unequipped to make an educated decision. He had no knowledge, examples, or warnings of evil. He only knew good. He had no contrast.

Contrast is necessary. God already knew that. Consider this verse:


People freak out when shown this verse, or they try to rephrase it to make it fit their idea of God. It doesn’t seem to fit with, “God is light, and in him is no darkness at all” (1 John 1:5). Yet, the Word says He created ALL things, not just good things. Yes, in the beginning He created and declared it all good; yet He also says He created the bad, too. So simply contrasting God’s total goodness and creating evil somehow takes God out of context, or we are uninformed.

What does Isaiah 45:7 list? Light, darkness, peace, and evil—opposites! Contrast. God created ALL things in heaven and earth (Gen. 1:2).


“All things were made by him; and without him was not any thing made that was made.” (John 1:3)


Did God create evil? Yes! Why? It’s part of His plan; it serves a purpose.


It was no accident that God threw Lucifer out of heaven to the exact same planet with Adam (Isa. 14:12). Why would God plant the Tree of Knowledge of Good and Evil in the middle of the Garden and then tell Adam to stay away from it? God had a reason, just as He did for placing the serpent in the Garden with Eve.

We can’t really know what “good,” “truth,” and “love” are without having their opposites to define them, just like we only know light by experiencing darkness. How could we know and appreciate God, who He is, His character, without experiencing His contrast?

Absolute darkness is literally the absence of light, just as cold is the absence of heat. Together, opposites complete our understanding by putting each element in its context.

When you think about it, our physical world is filled with opposites, even operated by opposites, like earth’s electromagnetic field. Magnets function by positive and negative poles; both are needed for magnetic force. Without a negative, you have no force. Heat/cold, light/darkness, and magnetic polarities. Contrast is literally built into creation, designed by an intelligent God with a plan in mind. Throughout the Bible, we see earthly things used to teach us heavenly (or spiritual) concepts. This is one of those lessons.

God created ALL things. So, what defines a thing as good or evil? The first thing we see is mankind taking on “knowledge of good and evil” by Adam’s sin. Man’s conscience was seared with this knowledge. For a while, he was left with this alone as his compass to try to navigate himself toward ‘goodness’. Cain proved it a failed effort when he killed Able, even fully knowing good and evil. He wasn’t in Adam’s state of innocence; Cain knew evil and committed it. So, knowing good and evil wasn’t enough to produce goodness in man. So, we can’t just operate by knowledge. PROGRESSIVELY, God allowed mankind several different approaches to achieving righteousness: by innocence, conscience, human government, and a covenant with God promising glorious rewards. He even wrote it out explicitly in laws, written in stone. But the result was the same. Man couldn’t meet the innate challenge of being good. Was this God’s failed experiment? No. This was God’s message to mankind.

From the beginning, man struggled with man—both internally with self and externally with others—with an innate knowing of good and an innate need to attain it, yet failing at every effort. At a point in life, people realize how hopeless this situation is, how out-of-reach righteousness is, and his/her need for help.

Let’s revisit OPPOSITES. By giving contrasting elements, God not only defined things, He also gave us choices to exercise our free will. Why? Yes, we could choose out of self-serving motives. But, in the long-run, we see the contrasts, and we understand how good good is, and we yearn for it while realizing how far we are from it and how dead and broken we are. It is because of the darkness that we reach for the light.


"I am the light of the world: he that followeth me shall not walk in darkness, but shall have the light of life." (John 8:12)


And, we learn of LOVE, real LOVE.


“But God commendeth his love toward us, in that, while we were yet sinners, Christ died for us, … when we were enemies, we were reconciled to God by the death of his Son.” (Rom. 5:8, 10)


Then, “We love him, because he first loved us” (1 John 4:19). You see, LOVE must be a choice; it isn’t programmed into our being like robots. It can't be real love without choice; we must have a choice and a free will to make that choice.

There are a handful of scriptures that speak of God’s plan before the beginning, before He created anything. Before there was sin, God had already dealt with sin by committing His Son “as of a lamb without blemish and without spot: Who verily was foreordained before the foundation of the world” (1 Pet. 1:19-20), “the Lamb slain from the foundation of the world” (Rev. 13:8). Why? What was His ultimate goal when He started creating? Before anything, He had already predestined mankind as a means to have sons; humans would become His children and live in His house eternally.


“According as he hath chosen us in him before the foundation of the world, that we should be holy and without blame before him in love: Having predestinated us unto the adoption of children by Jesus Christ to himself, according to the good pleasure of his will.” (Eph. 1:4-5)


God’s goal was to have children in His house for eternity. Contrasts in the world bring us to Christ to become God’s children by faith in Christ.


“For as many as are led by the Spirit of God, they are the sons of God. For ye have not received the spirit of bondage again to fear; but ye have received the Spirit of adoption, whereby we cry, Abba, Father. The Spirit itself beareth witness with our spirit, that we are the children of God: And if children, then heirs; heirs of God, and joint-heirs with Christ; if so be that we suffer with him, that we may be also glorified together.” (Rom. 8:14-17)

“For the creature was made subject to vanity, not willingly, but by reason of him who hath subjected the same in hope, because the creature itself also shall be delivered from the bondage of corruption into the glorious liberty of the children of God.” (Rom. 8:20-21)

“And we know that all things work together for good to them that love God, to them who are the called according to his purpose. For whom he did foreknow, he also did predestinate to be conformed to the image of his Son, that he might be the firstborn among many brethren.” (Rom. 8:28-29) 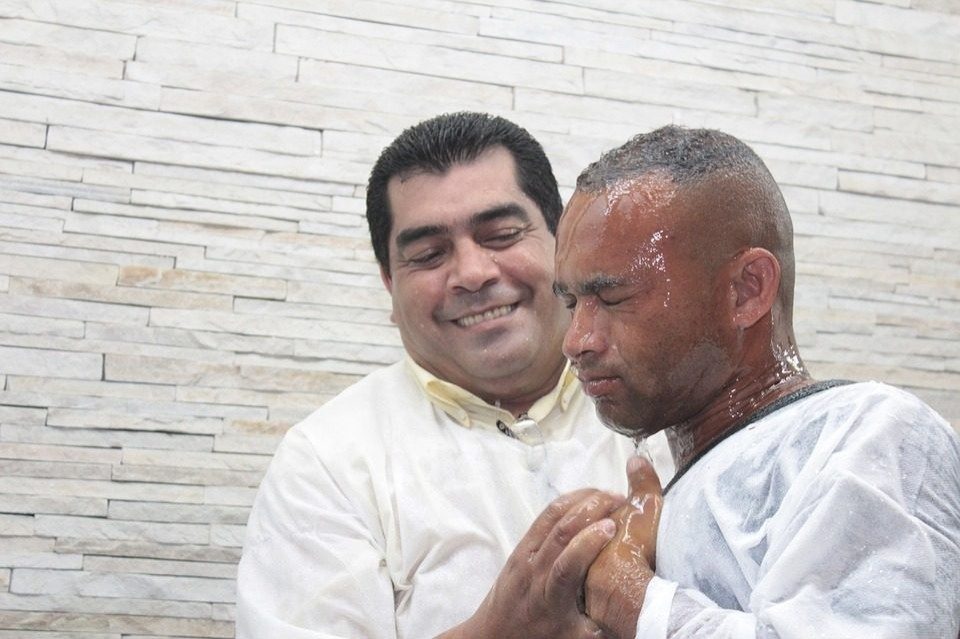 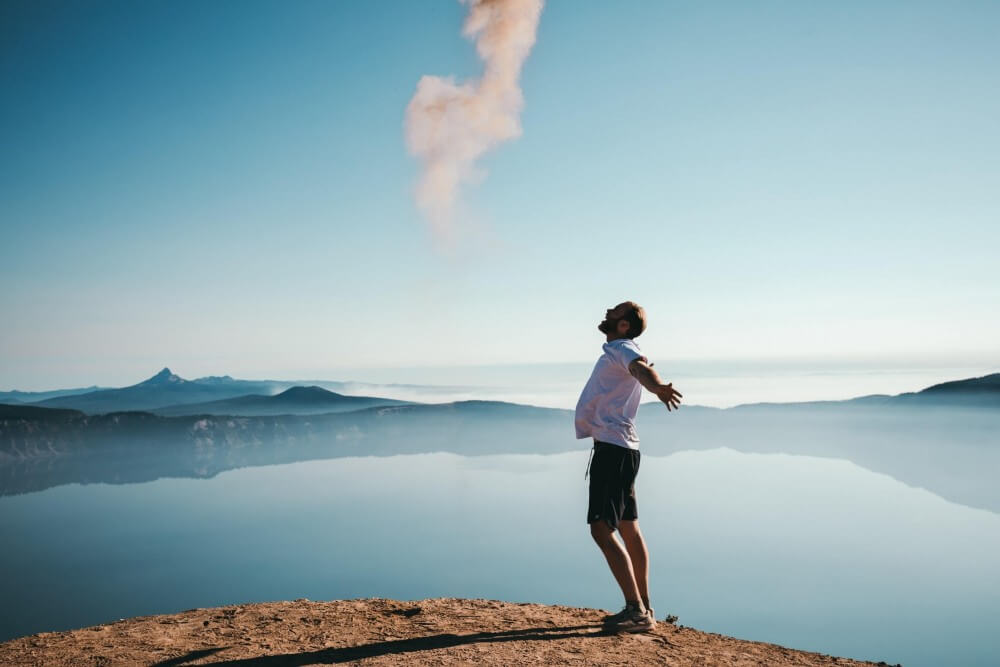 Christ’s Glorious Prayer for You